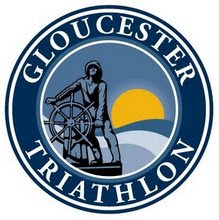 Gloucester to host major triathlon next summer
By: Richard Slate Staff Writer
With Thanksgiving arriving tomorrow and winter officially just around the corner, it may seem hard to think about next summer. But some local athletic organizers and city officials are. That's because Gloucester will host a major triathlon that's being viewed as a showcase for the city that has not held that type of outdoor race in the past.
The Gloucester Triathlon will take place Sunday, Aug. 9. The one-third of a mile swimming portion will take place at Pavilion Beach. A 15-mile bike ride will begin in St. Peter's Square and carry over Western, Essex and Magnolia avenues before returning to the city's center. Finally, a 3.2-mile run will loop twice around downtown Gloucester to cap the event.
"We had a very productive meeting with Mayor Kirk last week," said Gloucester native and professional triathlete Janda Ricci-Munn. "She seemed very supportive. We're working closely with the Gloucester Fishermen Athletic Association and the City Council. There's a lot of logistics to cover, but I'm 100 percent confident in saying that we'll have a race."
The Gloucester Triathlon is the brainchild of Ricci-Munn and Bill Burnett of Cohasset. The two met last summer at the Cohasset Triathlon where Burnett was the race director. After talking with Ricci-Munn, who was competing that day, the pair decided to create an event in Ricci-Munn's beloved hometown of Gloucester.
"I'd been kicking this idea around for 10 years and, after doing the race in Cohasset, I thought Bill did such a tremendous job and I appreciated how well the race was run," Ricci-Munn said.
Ricci-Munn called Cohasset "one of the best short courses I have been to." As it turned out, Burnett was looking to expand his race series from Cohasset and Marlborough to a third Massachusetts community, and Gloucester seemed a perfect fit from the get-go.

"When I saw Janda signed up for Cohasset, I was thrilled to have him there," remembered Burnett. "I talked to him before the race and afterward we exchanged e-mails."
A former All-American swimmer and experienced triathlete himself, Burnett had never been to Gloucester before Ricci-Munn took him on a prospective tour in July.
"I knew immediately that this is an incredible spot for a triathlon," Burnett said. "It's a really good community. It's huge to have him involved, he's so proud of his town. He wants to inspire an active living lifestyle."
"We want to use the downtown setting for spectators and the athletes," Ricci-Munn explained. "Gloucester is a venue like none other. Usually triathlons are held out in the sticks, away from spectators."
Burnett works in sales during the day but his real passion lies in race directing. He's organized the Cohasset Triathlon the past two summers, when 1,000 athletes participated and each paid an $80 entrance fee. Portions of the proceeds from the Gloucester Triathlon will help support the Gloucester Fishermen Athletic Association and the Wellspring House, in conjunction with the Pine Street Inn in Boston.
The Gloucester Fishermen Athletic Association is a nonprofit group that was founded to support Gloucester's public schools, in particular athletics and related activities for the city's youths.
The Pine Street Inn is a nonprofit organization committed to men, women, and children in need of shelter, sustenance, and the basic moral and material supports necessary to lead a dignified and stable life.
Based in Gloucester, Wellspring House works to meet basic human needs and participate in social change through the provision of emergency shelter for families, education, job training, affordable housing and family support programs.
The day of the Gloucester Triathlon is the signature moment, but there will be countless clinics, fund-raisers and beneficial byproducts of hosting the event.
"We want to get beginners involved in the sport," noted Burnett. "The training clinics will show them how to handle it and what to expect."
With so many converging on Cape Ann that weekend, Ricci-Munn sees a great opportunity for Gloucester and neighboring towns to earn some tourism dollars.
"The triathlon will definitely sell out within a month; word of it is already spreading like crazy," Ricci-Munn said. "What I'm hoping is that it will bring a lot of money into the city and generate plenty of money for the Gloucester Fishermen Athletic Association, the Pine Street Inn and Wellspring House."
Burnett said he expects people from Connecticut, New York and throughout the Northeast for the event.
There is a need for volunteers to man spots along the race course and aid stations. Ricci-Munn has friends that surf who have already pledged to help out with the swimming portion of the triathlon. Interested volunteers may also sign up online at http://www.gloucestertri.com/.
Plus, cheering on the athletes is one of the most important duties of the whole day, organizers said.
Richard Slate can be reached at rslate@gloucestertimes.com
ABOUT THE RACE
Information about the Gloucester Triathlon can be found online at gloucestertri.com.
Registration for the event starts at 9 a.m. Monday and a total of between 850 and 1,000 male and female competitors are expected.
Space is limited and registration is available online.
Posted by JRM at 7:39 AM No comments: 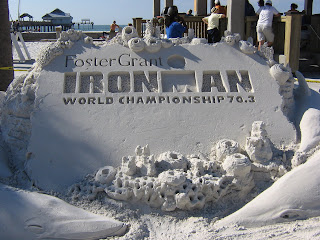 I've returned from the 2008 Ironman 70.3 World Championship with mixed emotions. 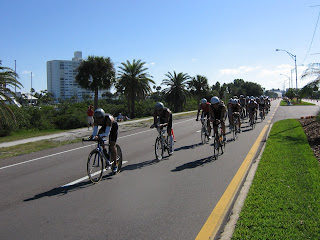 MAC Attack. Mary Ann Clark of California took an AG victory at Wildflower earlier this year and proved that she was a force to be reckoned with. She ended her season with a stellar 4:34:39 performance on Saturday, which was good for 4th place overall in the Women's 35 - 39 category.

Mary Ann looked tremendous from the get-go. She raced aggressively and intelligently. The girl was "in the zone" all day and clearly amped up for this event. I don't think that I've ever seen someone dancing in the swim corral pre race! Goes to show what the right mentality will do for you on race day. 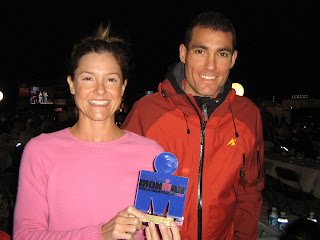 So that's a wrap. Everyone is looking forward to some downtime and the upcoming holiday festivities (myself included). It's been a great year but it's time for a bit of a break. Sitting on the sidelines this past weekend made me realize how fortunate I am to do what I do for a living and how lucky I am to be able to live this lifestyle. I've met so many great people along the way and it was a real thrill to see so many of my friends this past weekend. I'm already itching for '09 to roll around, but there's some healing to be done before the hard work begins once again.

Time to make the annual pilgrimage back to Clearwater! Sadly, I'll be on the sidelines this time around. But... it's all good. I CAN'T wait to see my crew in action! Stay tuned for race recaps and pics. Weather is looking ideal, so it should make for a great mini-vacation.

In other news... I was inspired by Michellie Jones' annual training approach and have decided to shut things down for a while in order to let this knee fully heal up. Although it's substantially better now, every time I try to run more than 30 minutes over rolling terrain, the inflammation creeps back up on me. And although it pains me to admit it, the pool has only slowed my rate of recovery from the injury :( Hundreds of turns/push offs + extensive kick sets leave the knee noticeably tender after every session. It'll be tough dropping exercise cold turkey for a couple of weeks, especially since I'm FINALLY making progress in the water, but if doing so means I'll be able to REALLY start training again by Thanksgiving, I'll do what I must. I'm not looking forward to the break though, that's for sure.

Upon further research, I'm pretty confident that my nagging injury (nothing serious mind you, just bad enough to keep me from being able to train "full on") is a case of Plica Syndrome. It's similar to PFMS, but the medial discomfort is the major distinction. Whether it's related to the overpronation (which makes sense from a kinetic standpoint) or not is beyond me, but the location of the discomfort is EXACTLY what the linked article is describing. That spot is a bit sore to the touch, especially after training, and feels much better after stretching and a bit of passive recovery. Thinking back, I dealt with this same injury a handful of times both during my early 20s while training for triathlon and during my days as a youth/high school distance runner. Major doses of ibuprofen, ice and complete rest usually cleared it up within a week, but I have to admit that since the injury flared up back in September, I've only allowed myself 2 consecutive days of passive recovery; enough to bring some pronounced improvement, but not enough to kick this thing for good. Bottom line: If I'm not able to train like a PRO, I might as well not even bother training, because 30 minute runs and 2 hour easy spins don't do a thing for my fitness at this stage of the game.

Well, at least I'll be able to relate to my Clearwater athletes now; we'll all be laying around/doing nothing until 12/o1, training wise that is, effective this coming Sunday. I could stand to put on a little "chub-chub" anyway. To be honest, I'm getting sick and tired of hearing Dean Phillips complain about my weight "advantage" every time we climb a hill, so perhaps a 10lb weight gain on my part will help to level the playing field and make him happy on our Sunday long rides.
Posted by JRM at 9:52 PM No comments: